View details of our annual conference

What are the potential applications of zircon and its derivatives?

There is a large number of emerging areas of research and development involving zircon and its derivatives. These range from heavy industrial uses to everyday applications that will be used by many of us in our daily lives.

Further information on these, and additional areas, can be found in the Zircon Technical Handbook

Below is a brief summary of some of these emerging developments involving zircon and its derivatives:

3D printing offers the promise of efficient net-shape manufacturing with very little material loss during fabrication. Zirconium oxide suspensions are highly suitable for what is becoming one of the most promising 3D printing technology, dubbed inkjet. This offers the potential particularly for dental prostheses to be printed to match exactly the required shapes. 3D printing is also well suited to the production of moulds for investment casting.

The drive to increase the share of renewable energy in electric production has led to an explosion in the market for solar cells. The emerging technologies typically use titanium dioxide as the semiconductor. For it to be efficient it needs to be doped with zirconium. 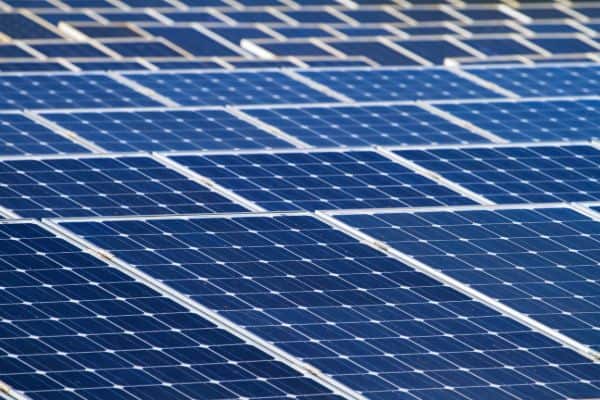 Glyoxal has been traditionally used for paper coating crosslinking and colouring. However, zirconium compounds such as ammonium zirconium carbonate (AZC) and potassium zirconium carbonate (PZC) have been proposed and successfully used as insolubilisers for coating binders for paper and starch as well as for substitution of AZC. The colouration, viscosity and surface properties that these zirconium compounds confer to the paper coatings are advantageous for its manufacturing and other applications such as high speed inkjet printing. 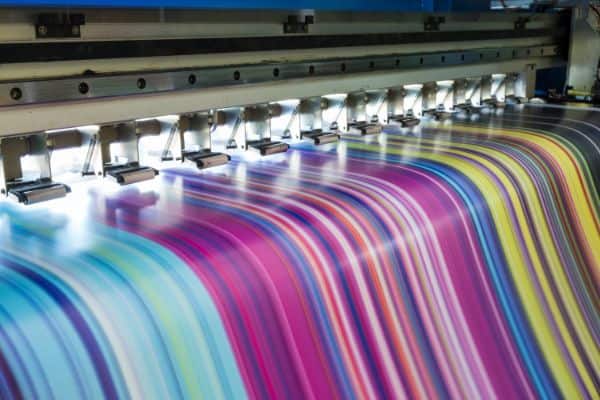 Zirconia particles have been proposed as constituents of elastomers in the fabrication of gloves, their properties allow not only a durable interaction but also alter the strength and flexibility properties of the material. Anti-bacterial properties have also been introduced into gloves and other apparel by zirconium phosphate. 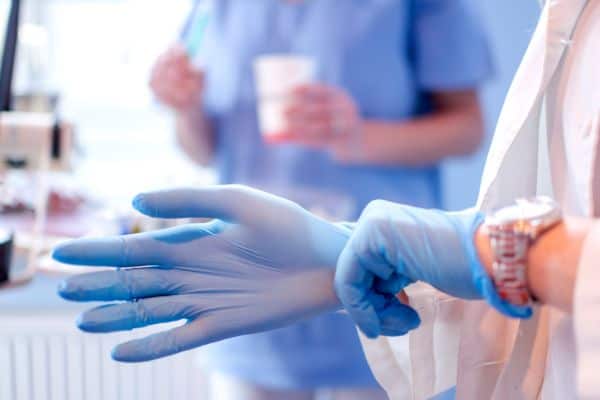 Radiation curable coatings in the wood floor industry have been modified by the use of alumina and zirconia acrylate composites. Although the particles did not show any improvement in the polymerizability of the coatings, their use led to improved weathering performance and better fire protection for wooden claddings due to their refractory properties. 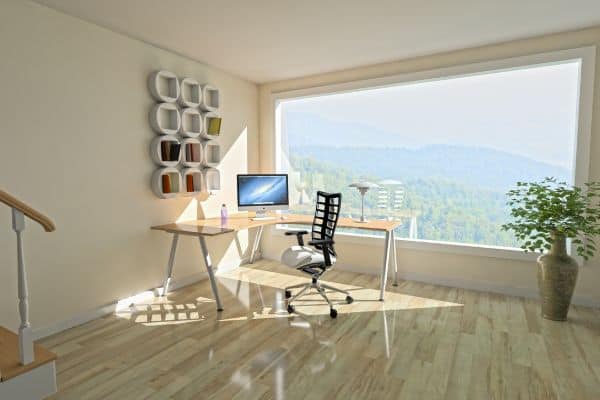 The use of zircon, zirconia and zirconium compounds in casting and moulding represents an application in continuous development and optimisation where research is carried out to fulfil particular process requirements. Some of these requirements include hydraulic cement casting, high manganese steel casting, inclusions removal, casting skin control in iron melts, and crucible porosity control when casting alloy turbine blades. 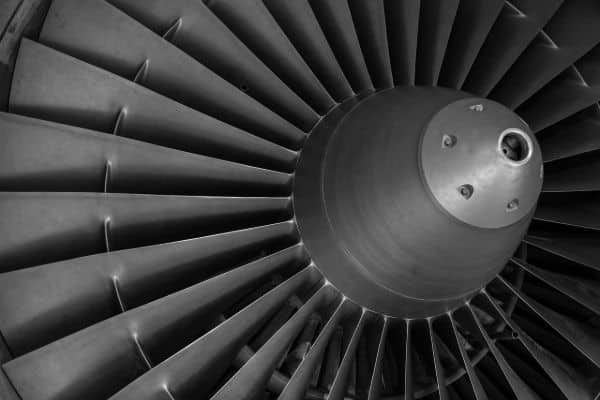 The properties of zirconia are ideally suited to biomedical sciences, mainly for the production of durable implant materials. On the one hand, having high strength and fracture toughness allows zirconia to be used as a structural substitute for bones, hips and dental parts; and on the other hand, its ionic conductivity and low thermal conductivity supports its biocompatibility in living tissues. A drawback of its use when exposed to water vapour for long periods of time (decades) is that it can undergo low temperature degradation and aging. However, this can be overcome by alloying the material, particularly with alumina. Research about its use in orthopaedics and arthroplasty (surgical modification of joints) is therefore carried out continuously. 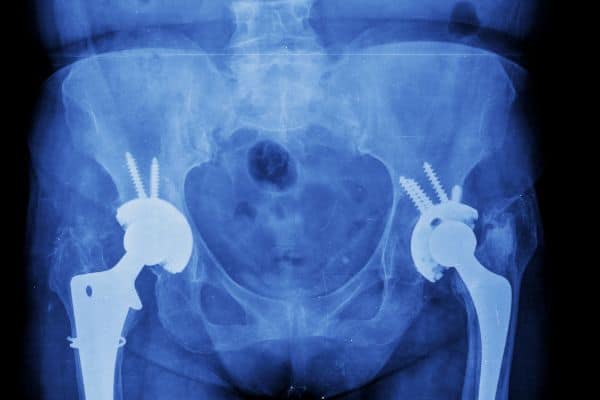 Zirconium based catalysts have been used in a large number of chemical reactions due to the versatility and abundance of this element. It has been used as a catalyst for pollution control, automotive applications, chemical refining and hydrocarbon reforming among other areas.

Organic reactions catalysed by zirconium include hydrogenation, oxidation, amination, isomerisation and pyrolysis among others. A famous reaction is the zirconium-catalysed asymmetric carboalumination developed by Nobel Laureate Ei-ichi Negishi. Because of its versatility to form chemical compounds, it can be used as a strong base or strong acid, as well as in different forms such as slurry, tablets, extrudate or foams, augmenting the number of possible catalytic reactions. The particle size, surface area, porosity and crystallinity of certain zirconium products can also be modified to fulfil particular catalytic applications. Zirconium compounds are also used as support media for other catalysts. One emerging catalyst is the use of mesoporous zirconium phosphonates to catalyse a cycloaddition reaction between aziridines and CO2 as a method to fix CO2 for use in carbon capture and storage. 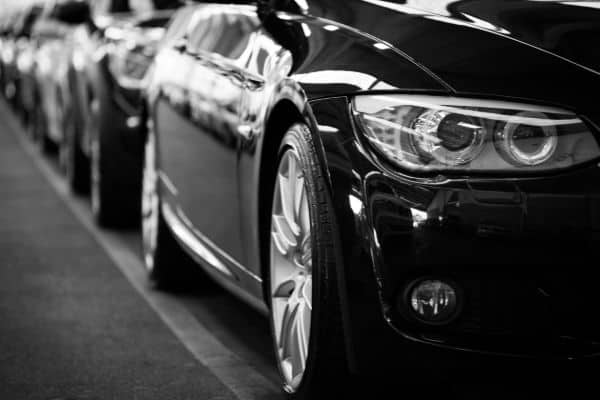 Hydrogen is a clean fuel that can easily be obtained from one of the most abundant molecules on the planet – water. In addition, hydrogen can also be obtained from the hydrogen rich molecules such as uranium zirconium hydride or borohydrides. Early research suggests that zirconium acetylacetonate can be used as the electron extracting layers in regular and inverted small molecule organic photovoltaic cells. Zirconium alloys are also used in water-cooled nuclear reactors for nuclear fuel cladding and structural components but can be embrittled by hydride precipitation modelling. Electron microscopy is being undertaken to develop strategies to mitigate this aqueous oxidation in zirconium alloys and therefore extend their lifetime.

A growing portion of the zircon mined worldwide is used for the extraction of the metals zirconium and hafnium or their further processing to produce zirconium chemicals. There is a considerable number of further uses and it is clear from emerging research and development that zircon will continue to play an even greater role in the technological advances of the modern era.

The ceramics industry is the largest user of zircon, where it is used mainly in tile production.

Zircon is used in the foundry industry in sand and investment casting.

Zircon and zirconia are used in a wide range of refractory applications.

There are a number of major industrial zirconia and zirconium chemical applications.

Zircon plays a role in the glass sector in products such as televisions.

New and recent technologies that have seen a growth in the use of zircon and zirconia.